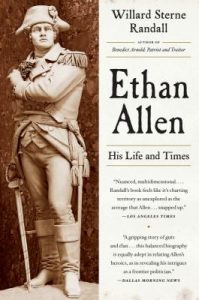 A Main Selection of the History Book Club

A rich portrait, incorporates a wealth of research and colorful detail into an absorbing, well-paced narrative. —Publishers Weekly,Starred Review

Willard Sterne Randall has few equals as a writer. A careful and meticulous historian, and an esteemed biographer, Randall has marshaled his many talents to produce the definite biography of Ethan Allen, one of the most fascinating figures in the founding of the American nation. A must read. –John Ferling, author of Independence